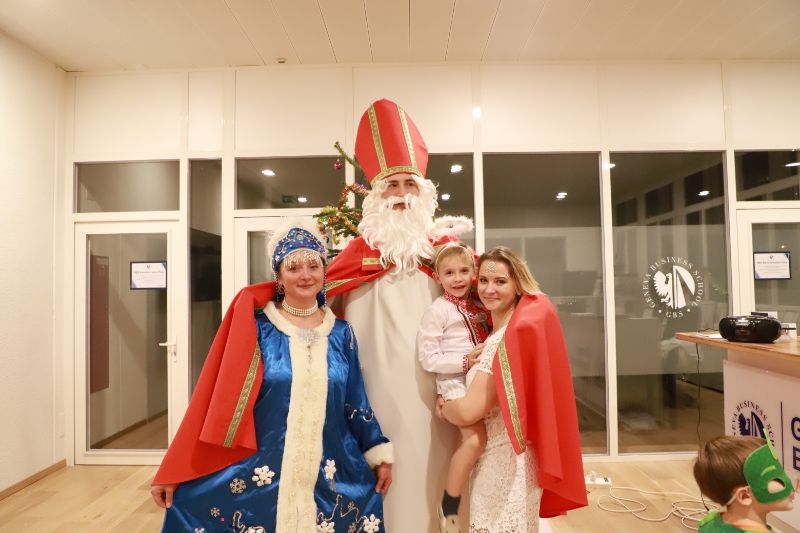 Geneva Business School (GBS) supported the charity project of the Geneva Branch of Swiss Ukrainian Society (SUS) and employees of the Permanent Mission of Ukraine in Geneva.

On 19 December, GBS helped to organize the event for kids for St. Nikolay’s Day. GBS also donated 500 CHF to procure medical equipment for newborns in Ukraine, which together with 300 CHF collected during the event from parents and students, who came to support the charity event, made it 800 CHF. This amount was used to procure medical equipment for newborns in one of the hospitals in Kharkiv.

During the St. Nikolay’s event, children enjoined the wonderful theatre spectacle presented by the Members of SUS, made Christmas cards as handcraft and enjoyed the small tasty gifts from Permanent Mission of Ukraine in Geneva. They also had wonderful presents from St. Nikolay and their parents.

We propose to your kind attention several photos from the event and as a report – photos of the matrasses and child weight, which were procured for the hospital.